Talk by Aseem Shrivastava at Association for India's Development at Johns Hopkins University.

The Uttarakhand floods during the summer of 2013 are a grim portent of the predatory implications of India's growth. They were the worst in recent decades. While it may be an exaggeration to call them 'man-made', their intensity was surely greater on account of man-made factors like anthropogenic climate change and unruly economic growth, exemplified by such phenomena as accelerating tourism and the construction of roads and dams. Greater precipitation in higher altitudes was predicted by a 2007 report of the IPCC.

Taking my cue from the Uttarakhand disaster, I will examine the socio-economic and ecological impact of globalization in India after its first two decades. I will consider the way the reforms were introduced, what they consisted of, and what results they have precipitated. I will offer many reasons why the expected development transition (as it has happened in Japan, East Asia, and the Western world) is most unlikely to happen in India. I will argue that the mind-set of globalized developmentality that our elites have now come to believe in can only worsen, in the long-run, prevailing conditions of poverty, unemployment, inequalities and environmental devastation. The final result may be a uniquely Indian dystopia which will threaten the agro-ecological foundations of the civilization that the people of the Sub-Continent have known for millennia.

Do Indian elites have the courage and vision to suspend an unsustainable business-as-usual and build a new India, respectful of nature and the urgent needs of hundreds of millions? What evidence -- in the shape of actual experiments -- can be mustered to find hope for this new, ecological India? What sort of politics will need to emerge to defend, strengthen and mainstream these experiments which are today mere islands in a sea of unsustainability? How might they be defended by new policies?

I will suggest that if such experiments can be defended by appropriate policies, backed by a new, environmentally sensitive politics, a "radical ecological democracy" can be envisioned which would bolster hopes to face the increasingly formidable challenges with a high chance of success. India is uniquely placed by the facts of history and destiny to serve as the world's ecological pioneer -- if only it would surrender its present "corporate nationalism" and stop misunderstanding its role in the world as an aspiring superpower.

Aseem Shrivastava is a Delhi-based writer and ecological economist. He wrote his doctoral thesis in Environmental Economics at the University of Massachusetts, Amherst. He has taught economics for many years at college and university level in India and the US. Most recently, he taught philosophy at Nordic College, Norway. He has written extensively on issues associated with globalization. He is the author (with Ashish Kothari) of Churning the Earth: The Making of Global India (Penguin India, 2012). 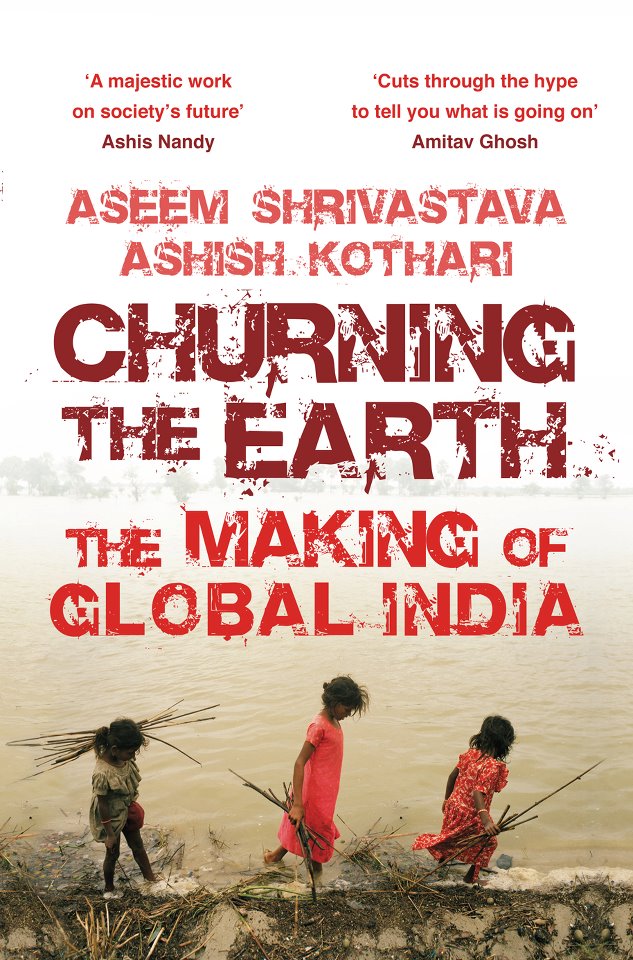