*Free Pizza will be provided. 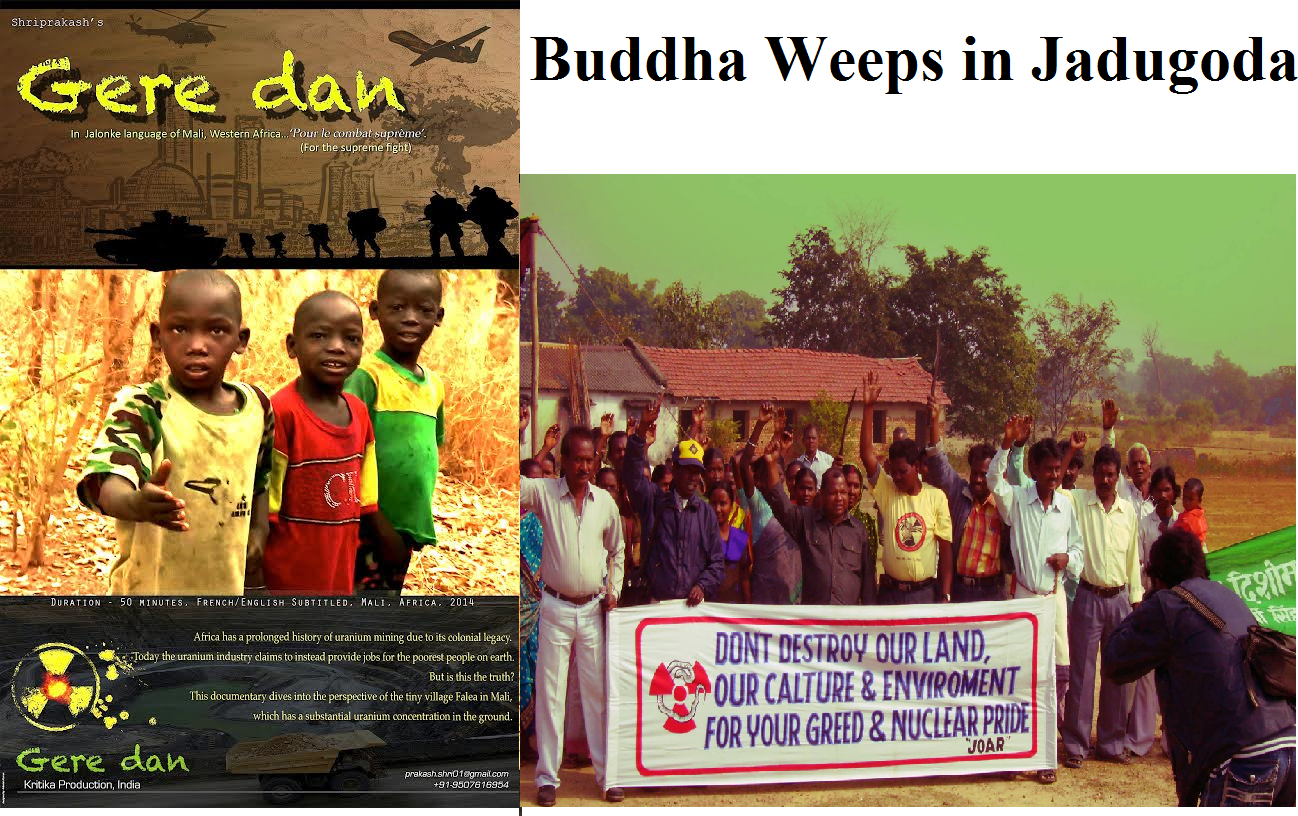 Synopsis :- Niger, Gabon, Congo and other African countries have been experiencing the Uranium mining since decades as a result of colonialism. Today,when the environmental awareness have increased manifold and related laws have become much more stricter towards the Mining companies  in major parts of the world, these companies have resorted themselves to Africa  to continue their legacy of greed. Poverty, corruption and political instability have made this area a heaven for these mining companies.

This film attempts to look into deep the tiny village 'Falea' in Mali where drilling for search of uranium is going on, and at the same time tries to see the multiple dimensions of the Nuclear Industry.  It is the irony that the world’s driest area which is replete with hunger, poverty and unemployment has several military bases of French and recently Americans, too in the name of fighting against terrorism. Interestingly, new discoveries show that this area is rich in petroleum reserves and minerals.

Jadugoda is an area in the state of Bihar populated by Adivasi (tribal peoples of India). It first came into prominence when uranium deposits were discovered in the area, since Jadugoda is India's only underground uranium mine. The film documents the devastating effects of uranium mining by Uranium Corporation of India Limited in Jadugoda. For the last thirty years, the radioactive wastes have been just dumped into the rice fields of the Adivasis. The government agency mining the uranium makes no attempt to protect the lives of the people and environment of the area. The unsafe mining of uranium has resulted in excessive radiation which has led to genetic mutations and slow deaths. Medical reports reveal that the impact of radiation on the health of tribal peoples has already been devastating. The film is an attempt to record the tragedy that has played havoc with the lives of the people of Jadugoda.