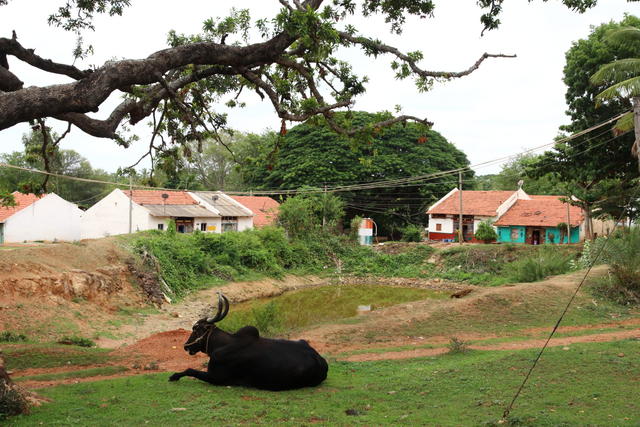 A view of Shivsandra village, where SPS is currently working.

This project supports Actions against illegal mining in Karnataka and Andhra Pradesh. Samaj Parivartana Samudaya (SPS) is a voluntary organization working in rural and Tribal areas of India for over 25 years, focusing on empowerment of the rural poor. Community Control over Natural Resources: Jal, Jangle, Jameen, Khaneej and Beeja (water, forest, land, minerals and seed) for protection, development and judicious utilization of these natural resources with focus on meeting livelihood needs of the marginalized sections and for self – rule (empowerment of Gram Sabha and Panchayati Raj Institutions (PRIs) have been the focus of the activities of SPS. SPS has already started working in BHS region and it planned to enter another 2 districts Viz, Tumakur and Chitradurga. The main intention of the project is to curb illegal Mining. The main objective of this three year programme is to build on the significant achievements made during recent one year in terms of bringing the illegal mining in Bellary District to a grinding halt, thanks to the excellent report of the CEC and the resulting orders of the Supreme Court of India in the SPS-PIL : WP 562 of 2011. 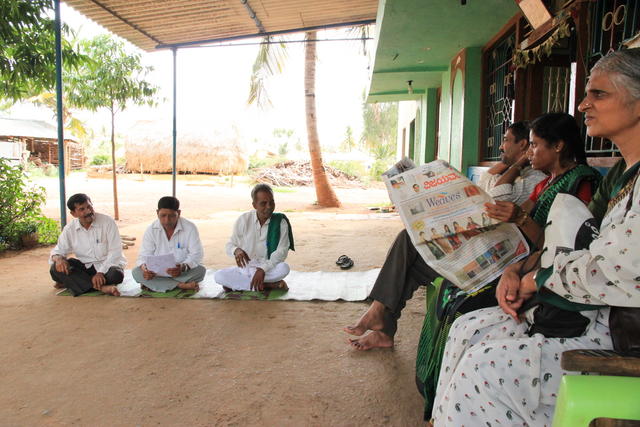 Discussion with SPS team at Mr. Sankaragowda's residence. He explained how the mining has affected the villages. These villages are suffering from lack of water. They have gone 1500 ft deep with borewells without finding water.

The challenging problem of “Illegal Mining and Land Acquisition” is being tackled by a multi prolonged approach like organizing training programs like Non Violent Direct Actions (NVDA) to grass root level organizations. Awareness building among the people against the ill effects of exploitative illegal mining, follows up of public Interest Litigation (PIL), media Campaign to mobilize public opinion against the irregularities and illegalities to take measures for protecting the livelihood of local people, the ecology and environment of the region.

SPS has already established base in Bellary district and Anantapur district. Now this year SPS will enter in to Tumakur and Chitradurga district.

In a short period of two years SPS mobilized people in Bellary and Ananthpur district. SPS mobilized Media and filed public Interest Litigation(PIL) in Supreme Court W.P.No 562/2009. SPS succeeded to put an impression on Supreme Court. S C ordered Central Empowered Committee (CEC) to investigate the irregularities happened in Bellary, Hospeth and Sandur (BHS) region. As a result 19 Mining leases were suspended and Supreme Court ordered to investigate another 99 companies. SPS has taken Challenge to mobilize the people in 4 districts in uncovering this big scandal. 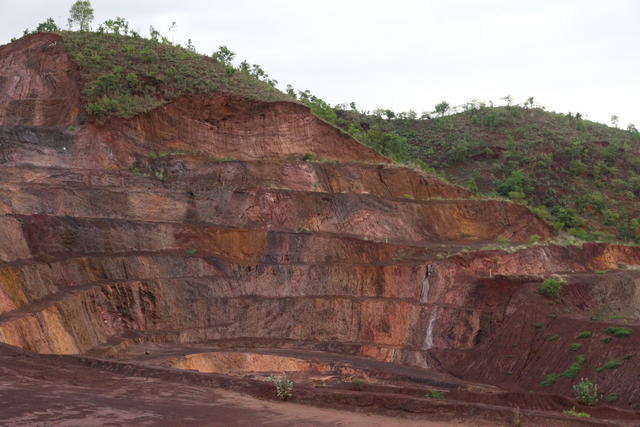 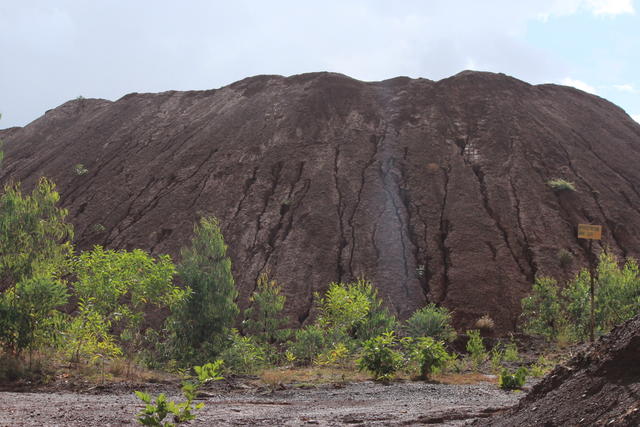 The way this hill has been cut can be see clearly. According to mining rules each of those steps should be mined for upto 5 yrs before creating another step! The dump yard for excavated soil inside the mining area. 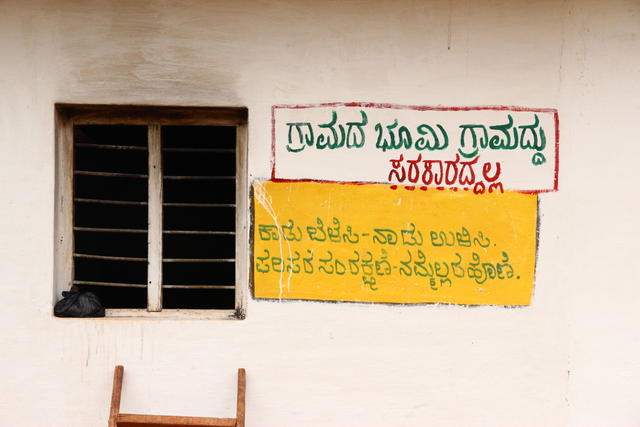 Writing that reads "The village land belongs to the village and not to the govt". "Grows forest and preserve the nation". This is written at several places around the villages.