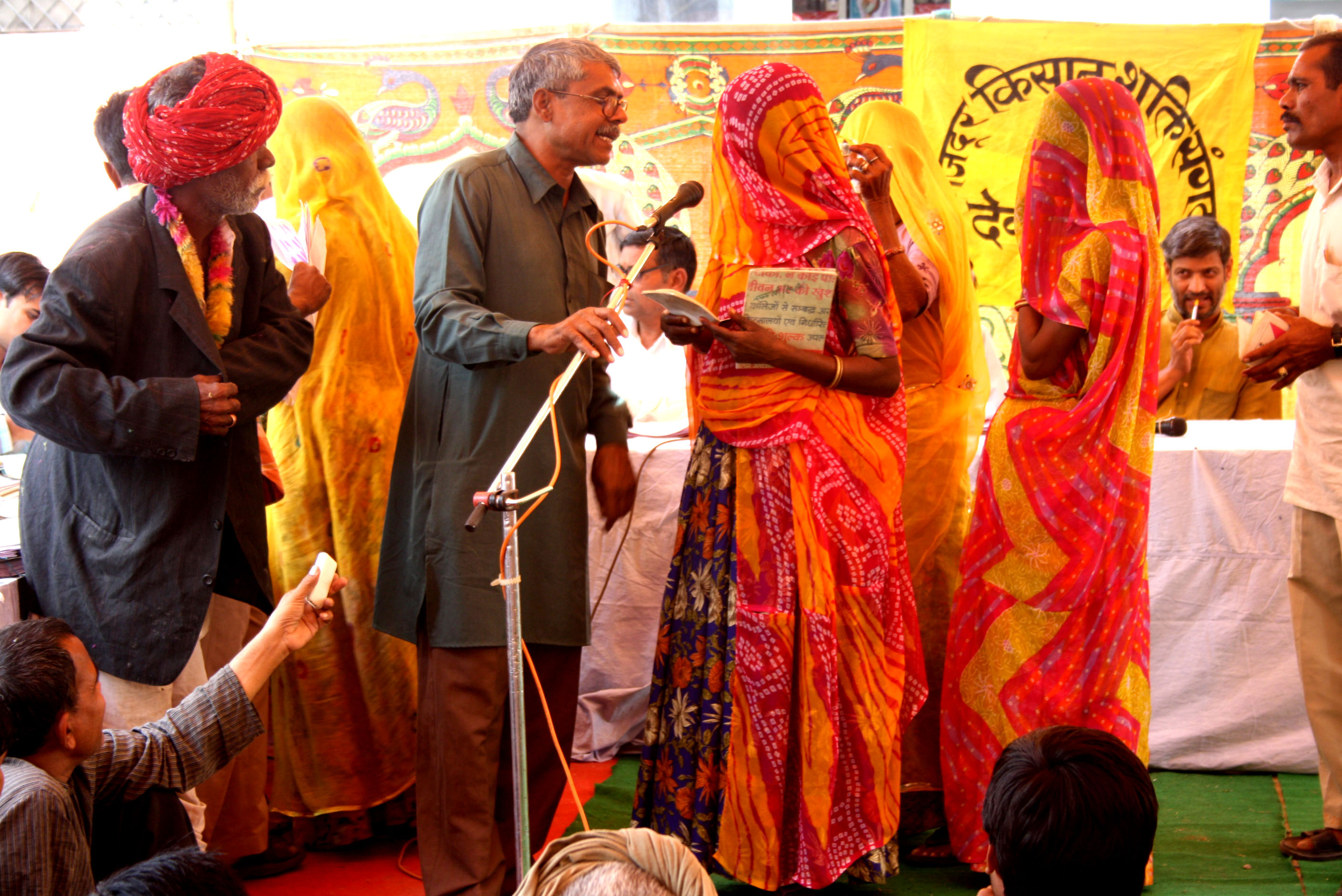 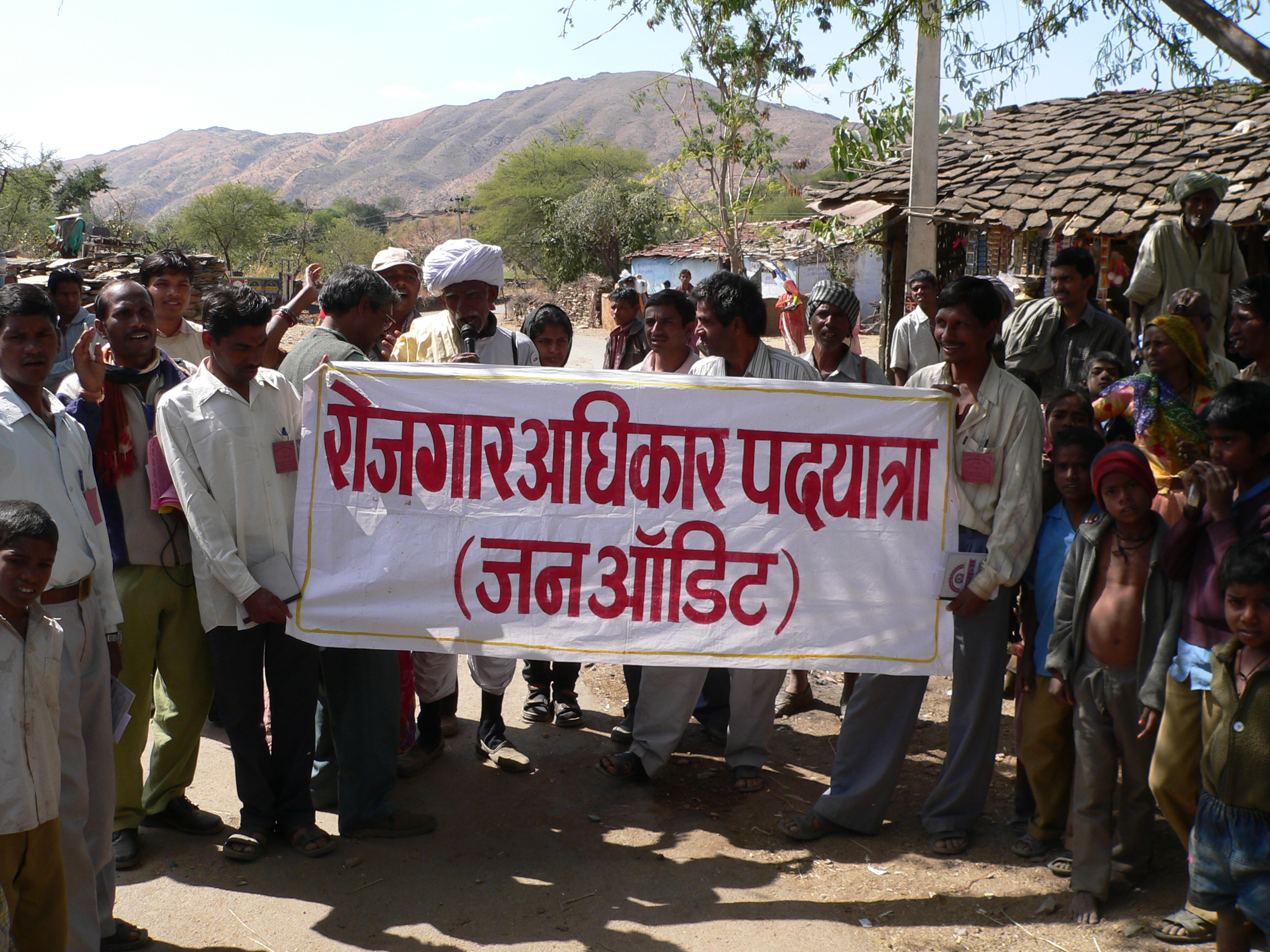 Manthan works towards addressing the socio-economic and environmental challenges of the communities in the rural areas of central Rajasthan. RTI Manch is currently run by four full-time fellows Kamal, Lakshman, Mohan and Mukesh. RTI Manch is a key member of Rozgaar Evam Suchana ka Adhikar Abhiyan (SR Abhiyan). The Abhiyan is administered by a network of NGOs in Rajasthan. Mazdoor Kisan Shakti Sangathan (MKSS) is also a key member of the SR Abhiyan. SR Abhiyan is working on the various issues including NREGA (National Rural Employment Guarantee Act), Social Audit for Minimum Wages and Rural Development.

Kamal, Lakshman, Mohan and Mukesh’s activities focus on improving government accountability to the people and advising people on the opportunities and facilities that are available to them via the government. In particular, they focus on raising awareness about two acts: Right to Information Act and the Mahatma Gandhi National Rural Employment Guarantee Act (MGNREGA). RTI requires timely responses to citizens requesting for information. NREGA guarantees 100 days of employment a year to a rural households. 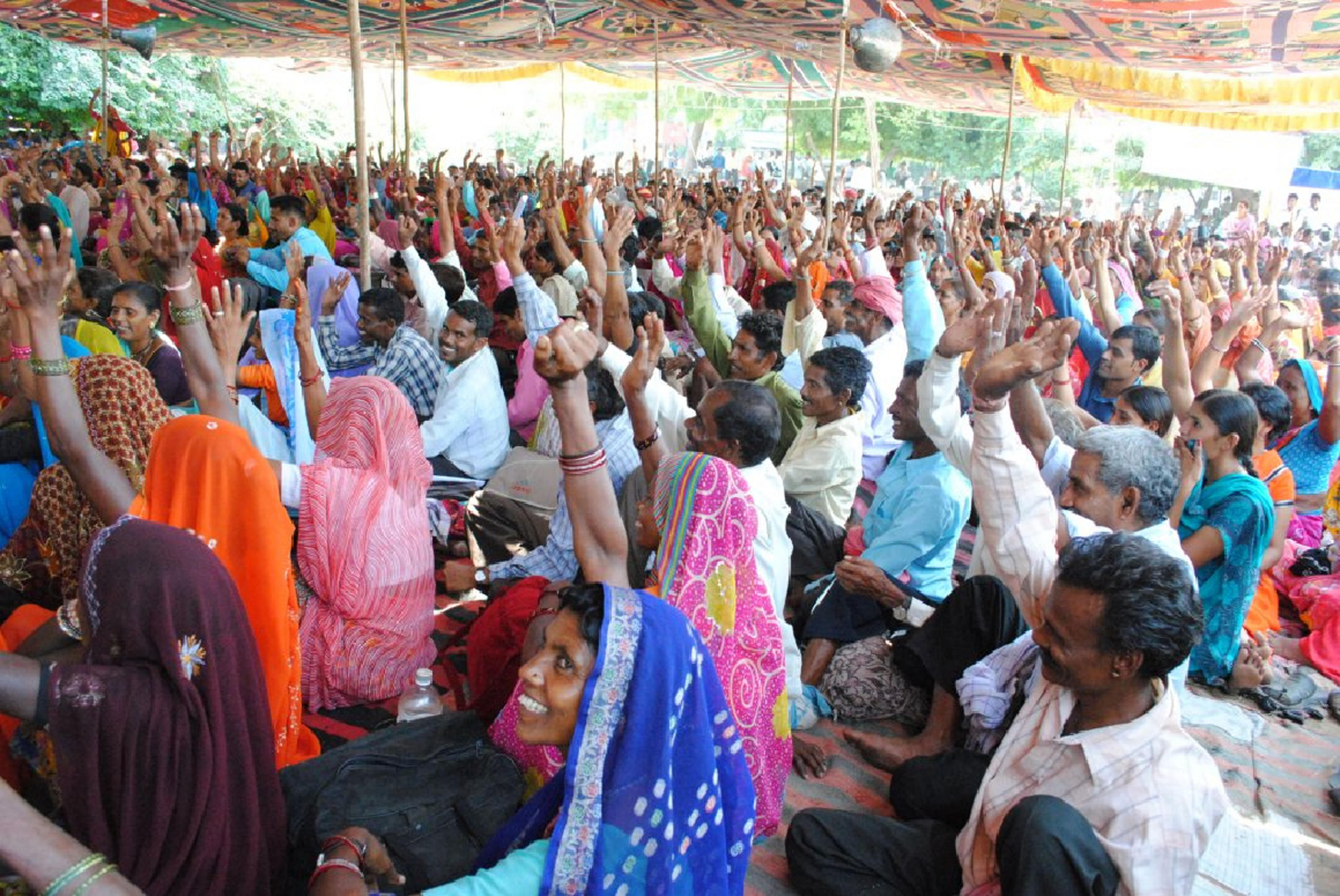 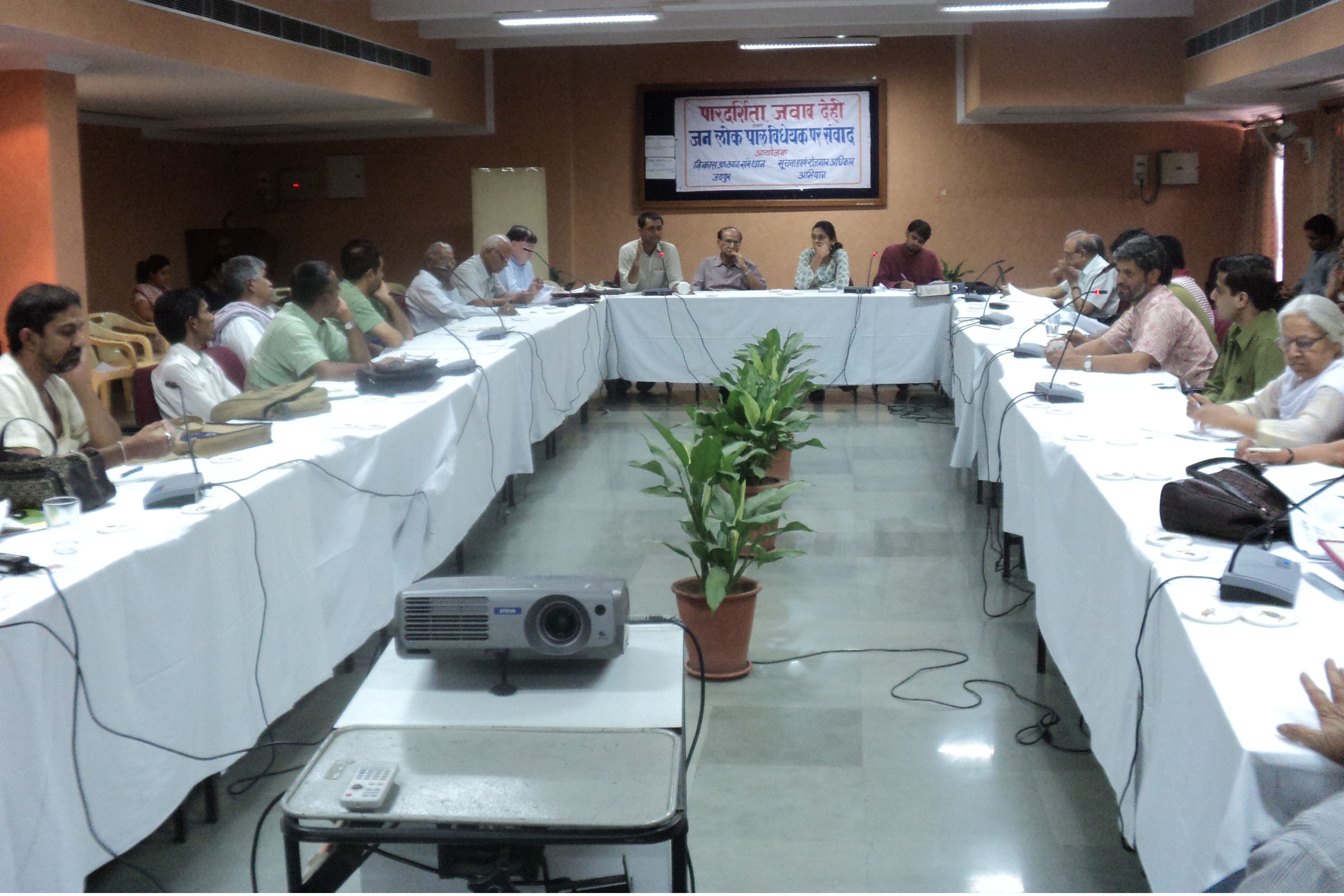 RTI-Manch's activities include RTI/NREGA awareness campaigns, reviewing the status of implementation of RTI act and suggesting improvements, conducting social audits and public hearings and, collaboration with other NGOs and public organizations on relevant public movements. They have close to 100 student volunteers from the University of Rajasthan. These students have been instrumental in helping RTI Manch in many of their initiatives. They focus on villages near Jaipur and enlighten the residents about both RTI and NREGA; they also try to ensure that the workers are paid as per government regulations. They also work in close collaboration with other prominent NGOs and movements like MKSS, Pradhan and Rozgaar Evam Suchana ka Adhikar Abhiyan (the campaign for right to information and employment).

RTI Manch volunteers put up kiosks around Jaipur city to make people aware about RTI. They also started giving RTI training to youth and other interested groups. They are also consistently involved with other issues like MGNREGA, social audit and election watch. Social audit is a good way of bringing out the problems of common people. In this process, people themselves audit the workings of government bodies and check on them. RTI Manch has conducted a social audit on the State Information Commission of Rajasthan and worked towards more effective norms for the functioning of information commissions. In addition to their campaign to spread awareness about important Acts, RTI Manch also provides crucial support to other movements on the issues of womens’ rights, human rights in general and other livelihood issues.

1) Unearthed a scam of Rs 40 lakhs in November 2011, during public hearing on electricity in Bheem. The hearing helped villagers, living below poverty line, in obtaining compact fluorescent light (CFL) bulbs, which they are entitled to receive under Rajiv Gandhi Vidyutikaran Yojna.

2) RTI Manch has been working closely with National Campaign for People’s Right to Information (NCPRI) in drafting a Lokpal Bill which recommends a confederation of 5 institutions, instead of just one Lokpal.

Public hearing on NREGA and watershed development work at Todgarh, Ajmer unearthed corruption of Rs. 56 lakhs. Due to continuous efforts of Kamal from RTI Manch and pressure from law, Jaipur Municipal Corporation made Section 4 (proactive disclosure of information) available under the RTI Act. 67 departments of Rajasthan Government were also inspected for proper implementation of the RTI act.

Rajasthan Government increased the minimum wages to Rs 135 after a Labor Rights Satyagrah in collaboration with other NGOs(15th Sep to 1st Oct 2010) in Jaipur . This increase is effective since Jan 1st 2011 for state workers.

RTI Workshops were conducted in over 11 places in Rajasthan which has led to a huge increase in the number of people with knowledge of the Act.

Over 1200 people were impacted through RTI Kiosks at University of Rajasthan, Jaipur Development Authority, Mazdoor Divas and Government Secretariat in Jaipur in the year 2011.