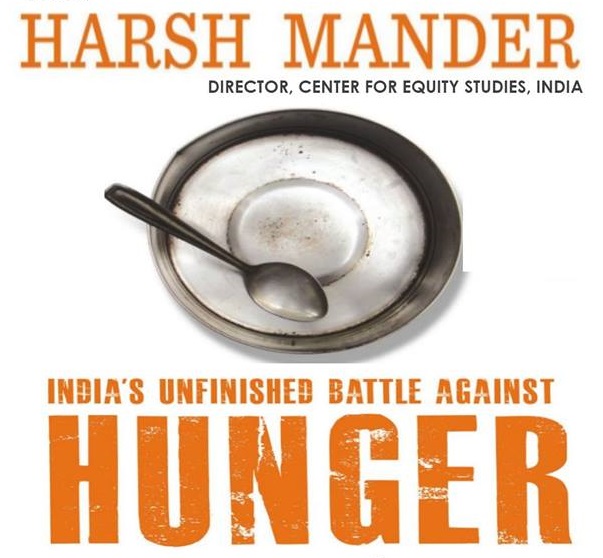 Harsh Mander will critically examine the increasing economic inequalities in India, the range of State failures, and public indifference, in general. He will argue for the passage of a universal right to food law, which guarantees food to all persons, not as state benevolence but as a legal entitlement.

Harsh Mander is social worker and writer who regularly engages on issues of communal harmony, tribal, dalit and disabled persons' rights, the right to information, homelessness and bonded labour. He is currently the Director of the Centre for Equity Studies in Delhi, India.

He is a former member of India’s National Advisory Council from June 2010-12, a top policy making body advising the Indian Prime Minister. He was Special Commissioner to the Supreme Court of India in the Right to Food case. He started his career in the Indian Adminstrative Service (IAS).

His books include ‘Unheard Voices: Stories of Forgotten Lives’, ‘The Ripped Chest: Public Policy and the Poor in India’, ‘Fear and Forgiveness: The Aftermath of Massacre’, and, most recently, ‘Ash in the Belly: India’s Unfinished Battle against Hunger’.