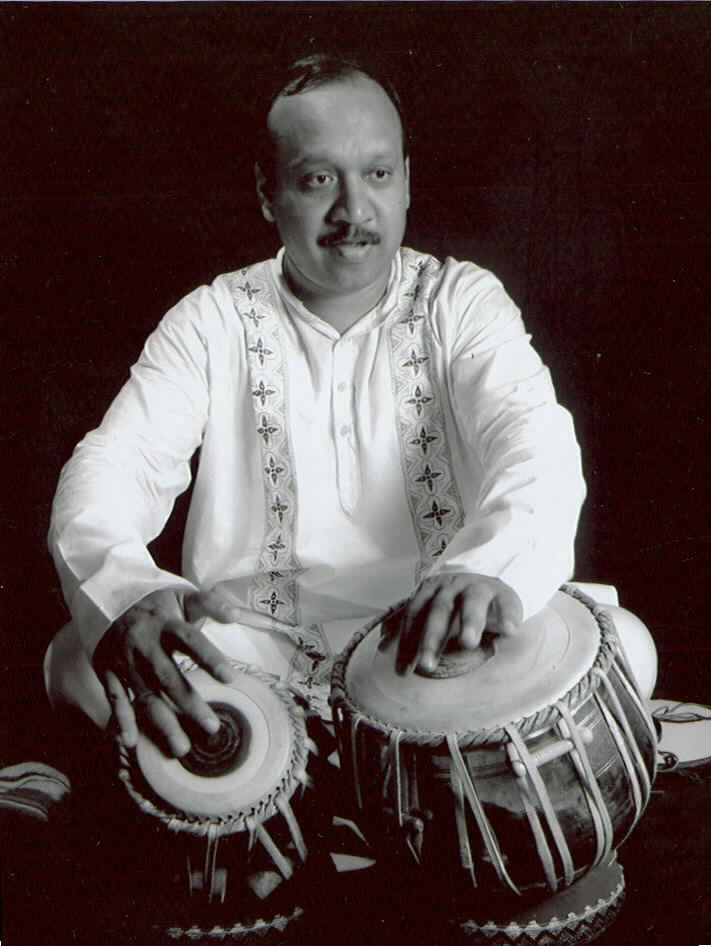 Devapriya Nayak (Debu) was born in West Bengal, India, and began learning tabla at the age of three from his grandfather, Chaudhury Kausalya Nandan, who was an accomplished pakhawaj and tabla player of the Punjab Gharana. Later, Debu became a disciple of Pt. Radhakanta Nandi of the Benaras Gharana. In 1981, Debu came to the US to pursue higher studies and continued his tabla taalim from Maestros like Ustad Zakir Hussain , Pandit Anindo Chattergee and  Pt. Samir Chatterjee.

Recently, his tabla was featured in a collaborative effort of Indian Classical Music and Jazz. The CD, called PROBE, is currently available under ‘World Music’ at the Sackler Gallery Bookstore in the Smithsonian. He along with the members of PROBE have also performed at the Smithsonian Institution.

Debu's recent performance at the Kennedy Center with Gaurav Majumdar on Sitar earned him wide scale accolades from the Washington music circle.

He is also the director of the Washington DC Chapter of Chhandayan, a tabla school dedicated to the promotion of tabla and Indian Classical Music in the Washington DC metro area. Debu is a computer engineer by profession and employed by the United States Department of Education, but music remains his ultimate passion. He also teaches classes for Beginner, Intermediate and Advanced level students.

His grand father Shri Chowdhury Kaushalya Nandan was his first guru starting the tabla lessons early when he was just 3 years old.

Debu Nayak’s mother Monica Nayak introduced him to music very early in his life. Having learned Sitar and vocal herself at her ancestral home she was well equipped to induct her son into the tradition of the family gharana.Debu’s first memory of attending a musical concert is of him sitting in his mother’s lap listening to his grandfather play the Tabla accompanying his grand uncle on the Jaltaranga

Debu learned for eight years with the maestro Nandi in Calcutta.  Pandit ji was a disciple of the legendary Pandit Anokhelal Misra of Benaras and was considered the Jadugar of Tabla.  Debu got his first training in accompaniment with light classical and classical music from him.

Pandit Samir Chatterjee is the Ganda Bandh guru of Debu Nayak. Belonging to the Farukhabad gharana, Pandit Ji inculcated in Debu a love for the purity of tabla bols and it’s “prana”, the tonal quality of the kinar, and the intricacy of mathematical pattern, which are distinctive to his playing.  Debu is the first seven Gaanda Bandh students of his Guru.

Debu is deeply influenced by the tabla playing of Pt. Anindo Chatterjee.Pandit ji is an exponent of the Farukhabad Gharana and performs the bols of this Gharana with a twist of Lucknow and Delhi.  He is a master soloist, and this is what attracted Debu to him.  Debu still learns from Pandit ji, and whenever he is in town, Debu facilitates many lessons, workshops and concerts of Pandit Anindo Chatterjee in the Washington area.

Debu believes that the rhythms of tabla are endless and can be learned from whoever is willing to share the knowledge.  For this reason, every opportunity, Debu gets, he becomes a disciple before a Teacher/Maestro.  With his purpose in mind, he has attended a number of tabla workshops conducted by Ustad Zakir Hussain. 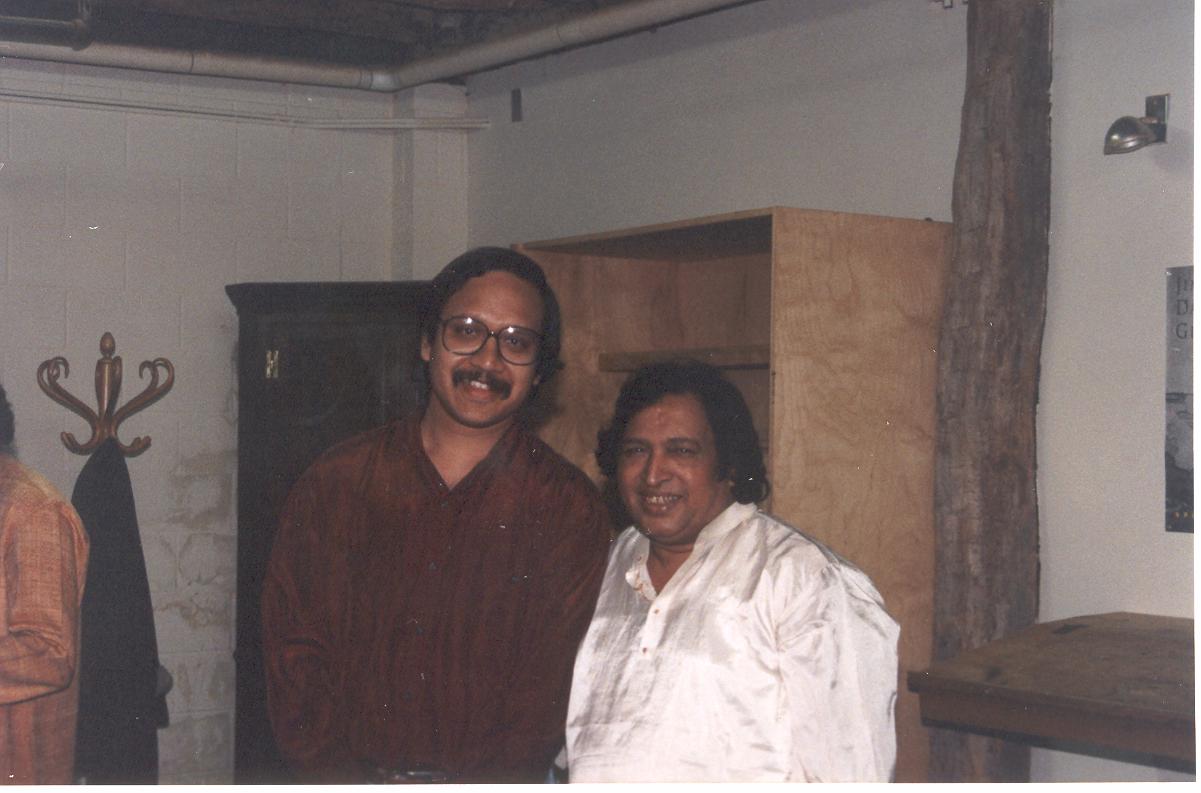 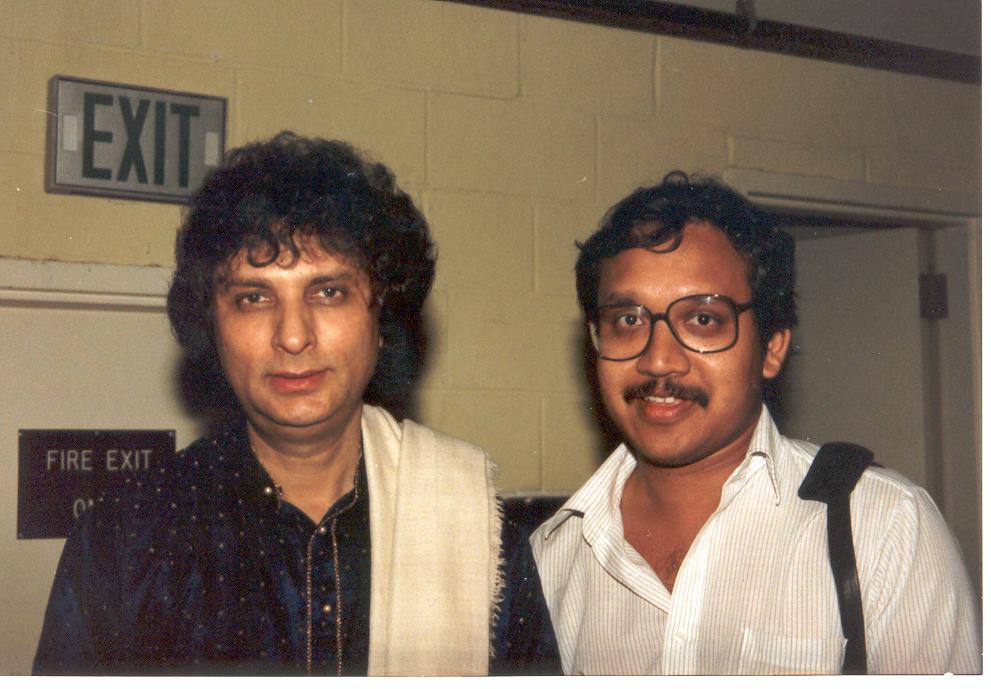 Some videos of Debu ji: